Mr. Daniel Nolte is the Director of Technology at SLHS. He is also the STEM Computer Science teacher.  Dan is married to Rachel and they have four children. Rachel is a stay-at-home mom, and his children attend school at First Lutheran in Elkhorn.

The Noltes still live in Elkhorn, where Dan taught 5th and 6th grade at First Lutheran from 2013-2017. Dan was also the technology director at First and taught an after-school programming class during the years he was there.  Prior to that, Dan taught for 12 years in Warren, Michigan, at Crown of Life Lutheran School, where he was principal and 5th-8th grade teacher.
Daniel graduated from Martin Luther College in New Ulm, Minnesota, in 2001.  As part of the STEP Math program, he double majored in elementary education and secondary education with an emphasis on mathematics.

In his free time, Dan likes to spend time with family, watch the Packers, and play golf. He is a big fan of Star Wars, Lord of the Rings, and the Marvel Cinematic Universe. 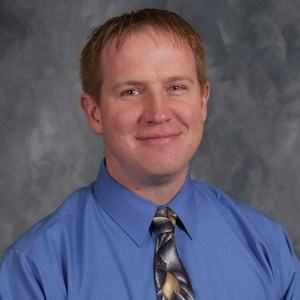